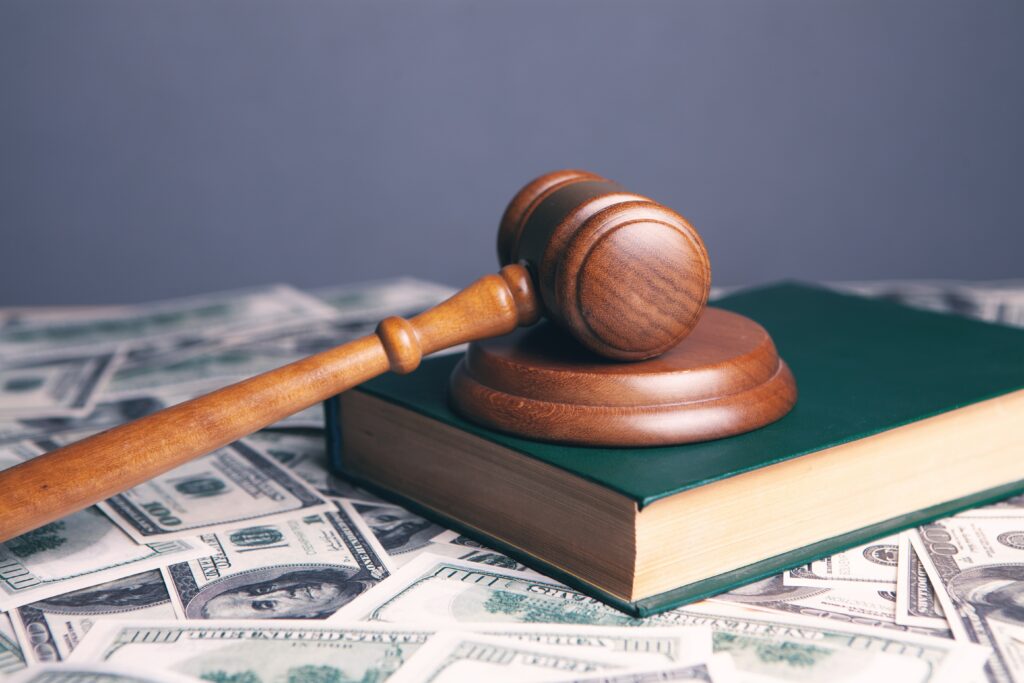 From uncovering governmental, military, and police corruption to publicizing safety issues at nuclear power plants,  countless whistleblowers have risked their livelihoods, and sometimes their lives, to alert the public to dangerous secrets.

Read on to find out how famous whistleblowers have changed U.S. law and society with their brave and often controversial actions.

What is a whistleblower?

A whistleblower is an employee of an organization who reports abuse, fraud, corruption, and/or dangers to public health and safety. Whistleblowers often turn to public reporting after attempts to report internally fail.

While the term “whistleblower” did not come into common usage until the 1970s, insiders have been reporting abuse as long as humans have had organizations and governments.

The first American whistleblowers emerged in concert with our nation’s founding: in 1777, when a group of ten naval officers alerted the Continental Congress to abuses by Commodore Esek Hopkins, including torture of British POWs during the Revolutionary War.

While protections for whistleblowers have waxed and waned throughout U.S. history, their effect on society has been profound. The actions of the ten whistleblowers below – and hundreds more that we can’t fit on this list – have led to major cultural and political shifts, new safety regulations in dangerous industries, and increased awareness of the role of policing, intelligence, and surveillance in society.

10 Most Famous Whistleblowers in U.S. History

In 1992 the corporate vice president of Archer Daniel Midland visited the FBI with some potentially damaging information about the company. Mark Whitacre – the subject of the 2009 film The Informant! – soon teamed up with the FBI for a three-year undercover operation to expose the company’s price fixing scheme. While Whitacre may have been given immunity from actions during his time at the company, he was certainly accountable for the $9 million he embezzled during his 3 years undercover. In the end, Whitacre was sentenced to 9 years in federal prison for those actions, while the longest sentence given to an ADM employee – for the crimes Whitacre brought attention to – was 30 months. Both citizens and government officials have sought a Presidential pardon for Whitacre for nearly two decades.

While working as a lab technician at a nuclear facility operated by General Electric in 1984, Vera English was alarmed by the frequency of radioactive spillages. English contacted both her supervisor and the Nuclear Regulatory Commission about her concerns, but nothing was done and English was fired shortly after. After a long legal battle, her Supreme Court case, English v. General Electric Company, set a precedent that allowed whistleblowers to pursue cases under state law. English’s landmark victory also set precedent for the use of whistleblower protection laws in other nuclear energy cases, and demonstrated how existing whistleblower laws can be used to protect against corporate retaliation.

As a U.S. Public Health Service (PHS) disease investigator, Peter Buxton publicly blew the whistle on the Tuskegee Syphilis Study, an unethical medical study conducted by the PHS and the CDC. The purpose of the study, which was conducted on poor African American sharecroppers from 1932 to 1972, was to see what happens when syphilis is untreated. Despite the widespread availability of penicillin to treat syphilis by 1947, the study continued. By its termination, 128 participants had died of syphilis or its complications, 40 of participants’ wives were infected, and 19 children were born with congenital syphilis.

Buxton first registered his concern about the ethics of the experiment in 1966. The CDC, who by then controlled the study, ignored Buxton’s concerns and reaffirmed the need to complete the study – in other words, to let all of the participants die and autopsy them. In 1972, Buxton went to the press. A public outcry ensued that finally led to the review and termination of the study. In 1974, the NAACP won a class action lawsuit on behalf of participants and their descendents. In the aftermath of the revelations, Congress established the Office for Human Research Protections and passed federal laws to protect the rights of human subjects in studies.

In 2004, Army reservist Joe Darby turned in a CD containing photographs of prisoner mistreatment and torture taken at Abu Ghraib to the U.S. Army’s Criminal Investigation Division. The photos were aired on 60 Minutes and prompted global outrage. While seven officers stationed at the military prison in Iraq were immediately removed from the site and later tried, Darby’s whistleblowing had a much larger effect. While initially members of the Bush administration attempted to paint the photos as the actions of a few sadistic individuals, as a result of the Abu Ghraib investigations, increased scrutiny of detainee treatment improved conditions.

In 1972, Karen Silkwood began working as a chemical technician at the Kerr-McGee nuclear plant near Crescent, Oklahoma. Silkwood joined the local Oil, Chemical & Atomic Workers Union, and investigated health and safety issues at the plant as a union activist. Silkwood discovered numerous safety issues including exposure of workers to contamination, faulty respiratory equipment, and more; she testified to the United States Atomic Energy Commission in summer 1974 about her concerns.

Silkwood died in a car accident on November 13, 1974 at age 28 under suspicious circumstances: while officials ruled the death an accident, paint on the back bumper of her new car and missing documents regarding plant safety caused onlookers to question whether she had been intentionally forced off the road. Silkwood was on the way to an interview with a New York Times reporter regarding plutonium contamination at the time of her death. In 1975, the Kerr-McGee plant was shuttered, and in 1979, Silkwood’s father and children successfully sued Kerr-McGee on behalf of her estate. Meryl Streep was nominated for an Academy Award for her portrayal of Karen Silkwood in the 1984 film, Silkwood.

In 2013, Edward Snowden, a former computer intelligence consultant, released documents on top-secret National Security Agency programs to reporters at The Guardian and the Washington Post. Snowden tried to raise his ethical concerns about the global surveillance programs internally but was ignored. In June of 2013, Snowden blew the whistle publicly on NSA, sparking an ongoing debate about privacy and national security. Snowden was charged with violating the Espionage Act, but sought asylum in Russia before he was apprehended.  On September 2, 2020, a U.S. federal court ruled in United States v. Moalin that Snowden did expose illegal U.S. surveillance behavior. Snowden continues to reside in exile in Moscow.

Former military analyst Daniel Ellsberg Ellsberg leaked the Pentagon Papers, a secret account of the Vietnam War, to the New York Times in 1971. The Pentagon Papers demonstrated that the Johnson Administration had repeatedly lied to both the public and Congress about the scope and actions of U.S. political and military involvement in Vietnam. Ellsberg, who had worked on the report as an employee of the RAND Corporation, was initially charged with conspiracy, espionage, and theft of government property for his whistleblowing, but the charges were dismissed when prosecutors investigating the Watergate Scandal found evidence that White House staff had engaged in illegal attempts to discredit Ellsberg.

The release of the Pentagon Papers led to the Supreme Court Case New York Times Co. v. United States, a landmark decision that affirmed the First Amendment right of free press against prior restraint by the government.

Frank Serpico was the first police officer in history to openly testify about corruption in the New York Police Department. Serpico worked as a plainclothes detective throughout the 1960s and early 1970s, and, in 1967, he reported police corruption, including bribes and payoffs, to no avail. When his attempts to curb corruption internally failed, Serpico contributed to a 1970 New York Times story on systemic corruption within the NYPD which led to the formation of the Knapp Commission. In 1971, Serpico survived a shot in the face during an arrest in Brooklyn. While there was never a formal investigation, the murky circumstances around the shooting were suspicious, and some allege it was an attempt by his colleagues to get Serpico murdered.

Serpico retired from the NYPD in 1972 and continued to suffer pain and deafness from the shooting. The 1973 film based on his story, Serpico, features Al Pacino in the title role, and a 2017 documentary, Frank Serpico, features Serpico telling his story in his own words.

Whistleblowers are often figures of controversy, and Chelsea Manning exemplifies this more than any other figure in recent U.S. history. In 2010, Manning, a U.S. Army intelligence analyst, released the largest set of classified documents in U.S. history, primarily published by WikiLeaks. The trove included documents describing  detention, abuse, and torture of prisoners, and more. The leaks sparked a still-ongoing debate about the role of transparency, technology, and ethics in the U.S. military.

Manning was convicted of violating the Espionage Act and sentenced to 35 years in prison, but was unexpectedly granted clemency by President Obama during the final days of his administration. Since her release from military prison, Manning continues to advocate for freedom of information and transgender rights.

For more than thirty years, people speculated about the identity of “Deep Throat,” the secret informant to Bob Woodward and Carl Bernstein, the Washington Post reporters who broke the Watergate scandal in 1972. In 2005, Felt’s identity was finally made public. Felt was Associate Director of the FBI, the second-in-command position at the Bureau, when he leaked information about President Nixon’s involvement in Watergate.

While Watergate eventually led to the President’s resignation and prison terms for two top Nixon officials, since the revelation of Felt’s identity, historians have debated whether he acted as informant due to ethical concerns, or if it was simply a bid to get the top job at the Bureau. Either way, the decades-long mystery surrounding his identity and the history-making implications of his actions land Felt in the top spot of famous whistleblowers in U.S. history.

Make a Difference with a Law Degree

Without attorneys to guide them through libel suits and defend them against retaliatory actions, whistleblowers would have a much harder time making history – using their constitutional rights to do so. If you’re interested in becoming a legal advocate yourself, check out the online J.D. program offered at St. Francis School of Law