St. Francis Home >> What to Know When Considering a Career in Labor Law

What to Know When Considering a Career in Labor Law 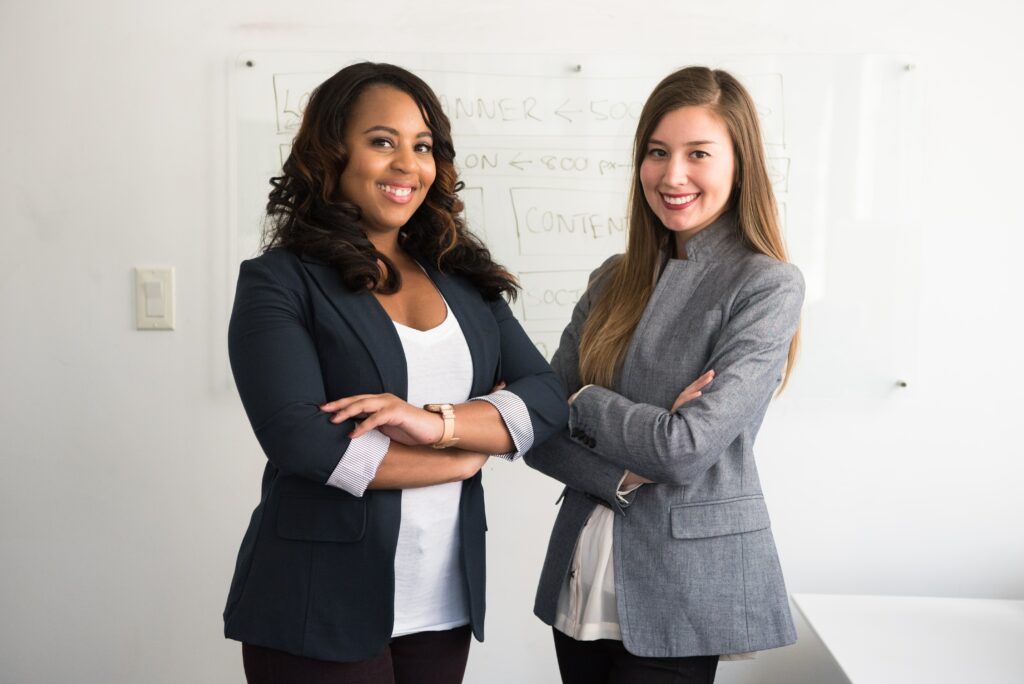 You’ve likely seen news stories of teacher unions organizing a strike or a large company concluding union contract negotiations. In both of those cases, labor law applies. Labor law encompasses the way unions are formed, and the relationship between employees and their employers whenever a union represents employees in a workplace.

What is labor law?

Labor law is the field of law practice dealing with laws designed to protect the right of workers to organize and join unions and the rights of employers when bargaining with them. Some of the major labor laws are the National Labor relations Act of 1935, the Fair Labor Standards Act of 1938, and the Taft-Hartley Act of 1947. These labor laws were created by lawmakers at the federal level, at a time when employers were very powerful, to rebalance that power by allowing employees to create unions. A union gives employees a better shot at negotiating with large corporations, since employees are gathered in one group instead of just one individual. This is called collective bargaining.

What is the difference between labor law and employment law?

Hearing the term “labor law” likely makes you think of employment issues, like discrimination or sexual harassment. However, those cases are typically a different branch of law practice, called  employment law. A labor lawyer handles cases that relate directly to unions and the relationships surrounding them, while an employment lawyer handles all the rest of the law related to employment.

What does a labor lawyer do?

Labor law is an important and evolving part of United States law — and you could have the chance to advocate for workers or employers by following this career path. Many labor lawyers will work directly with unions or with corporations to perform the necessary negotiations, dispute resolution, and other interactions between these two entities. Often, labor lawyers argue  their cases to an arbitrator, not a judge, in court. In either venue, the lawyer will need to be prepared to argue the case, as well as draft the documents needed and perform the research and discovery needed to be successful.

Other times, labor lawyers might work directly with lawmakers to help with changes to labor law, whether it’s at the federal or state level. Some also work for the National Labor Relations Board, which helps employees and employers go through the unionization process.

This type of attorney could also work for a private practice, helping companies train their supervisors and managers to conduct employee relations more effectively, and to help them through collective bargaining.

Do I have the skills to practice labor law?

Becoming a labor lawyer requires attending law school, and taking courses where you’ll get the knowledge you need to work in this field. You’ll need to learn about labor laws, unions, important cases that set legal precedents, OSHA, and more. At some point, consider interning with a labor law practice or working with state or national agencies like the National Labor Relations Board to get training that will help you in your chosen law specialty.

To be successful as a labor attorney, you will need to develop skills in negotiation. You’ll spend a lot of time speaking with both sides, whether you’re working for a union or for an employer. Taking a negotiation class while you’re in law school can help you gain the knowledge needed to develop these skills.

Along with that, you’ll need skills in conflict resolution, as negotiations can sometimes become quite heated or even break down.

Are there jobs for labor lawyers?

The COVID-19 pandemic caused a host of issues for employers and employees, ranging from safety in the workplace, to medical leave and sadly, bereavement  (funeral) leave. The overall rate of unionization actually increased during the pandemic due to layoff-related shifts in the employed population. Most of these issues are still being negotiated, as unions seek better resolutions on health and safety and working conditions. Labor lawyers will have an important role in these negotiations.

Workers are beginning to assert the need for different working arrangements in the aftermath of widespread work-from-home systems during the pandemic. In particular sectors, like education, employees are asking for greater safety in increasingly dangerous school environments.  Teachers unions and school districts will have to confront the problems of student assaults and teacher safety if schools are to be made safe again. There will be a need for legal expertise on both the union and employer side to resolve these needs and look ahead.

Overall, the need for lawyers will continue to grow, according to the Bureau of Labor Statistics. From 2021 to 2031, lawyer employment is expected to increase by 10 percent, which is above average.

OSHA, or the Occupational Safety and Health Administration, is part of the U.S. Department of Labor. The objective of OSHA is “to ensure safe and healthful working conditions for workers by setting and enforcing standards and by providing training, outreach, education and assistance.”

U.S. employers are required to adhere to OSHA standards, and if they don’t, they could be held liable for any worker injury that happens as a result of an OSHA violation. While OSHA violations are often the purview of employment attorneys, labor lawyers may need to step in if those OSHA violations affect a large group of employees.

How are unions formed?

When a group of workers wants to form a union, they can do so by getting at least 30 percent of their fellow employees to either sign a card or a petition. At that point, the National Labor Relations Board comes in to hold an official election. Or, their employer can choose to voluntarily recognize that the employees want to form a union.

Some of the labor laws that have helped shape workers’ rights include:

This law was important in the history of labor law because it went into effect at a time when the economy was widely disrupted by the Great Depression and workers who were desperate had little power in relation to their employers. It gives workers the right to strike and organize through a union, and protects worker’s rights to peacefully protest unsafe working conditions or other workplace problems.

The FLSA standardized the eight-hour work day, provided for the first guaranteed minimum wage, and prohibited children under 16 from working. Its effects are still important today, particularly in the debate over the appropriate minimum wage. But, as an old law, it is not equipped with provisions that deal very effectively with the “gig” economy, work-from-home arrangements, and other modern workplace issues. contract

As they grew, some unions became susceptible to corruption, and some even engaged in organized crime and racketeering. Among other efforts intended to address these situations, this act, also known as the Landrum-Griffin Act, gave all union members equal rights and regulated union elections so that anyone may run for a union leadership position.

This act applies to all businesses who have two or more employees. This law requires that employers ensure that the workplace remains free from hazardous conditions. Within the act, workers have the right to:

As a labor lawyer, you’ll need to know about important cases that set a precedent for the cases of clients you work with. There are several cases that have had a major influence on labor law, including:

The Wagner Act of 1935 guaranteed employees the right to organize into labor unions privately, without a company’s influence over the process. But Pittsburgh-based Jones & Laughlin Steel Company pushed back – firing employees that attempted to unionize independently. The National Labor Relations Board demanded that the company rehire the workers, but Jones & Laughlin refused, arguing that the Wagner Act was unconstitutional. SCOTUS disagreed, both upholding the Wagner Act and finding that Congress could have broader regulation over commerce in general.

Workers at the Washington Aluminum Company complained frequently about their workplace being too cold. One day, the freezing weather was so cold that seven workers walked out together, saying it was “too cold to work.” They were fired for violating a rule that required permission of the foreman to leave work. The NLRB found they had acted in concert, in protest, and ordered the employer to reinstate them to their jobs, with back pay.SCOTUS upheld the decision. This case helped clarify that even non-union workers are allowed to strike or walkout, so long as they were acting in concert for their mutual aid or protection.

This was a class-action lawsuit brought by a group of employees against their employer, Duke Power Co. The employees felt that Duke’s requirements for certain types of employment, particularly a high school diploma and minimum scores on some tests, discriminated against  African-American employees. The Supreme Court found that “neither the high school graduation requirement nor the two aptitude tests was directed or intended to measure an employee’s ability to learn or perform a particular job or category of jobs within the company” but rather, the “purpose of these requirements was to safeguard Duke’s long-standing policy of giving job preferences to its white employees.”  The case is important because it established that requirements and qualifications for jobs must be related to the job itself, and not arbitrary.

Hoffman Plastic Compounds hired Castro, who presented a false birth certificate identifying him as a U.S. citizen. Castro was, in fact, an illegal immigrant to the United States and not authorized to work here. . When Castro tried to form a union at work, he was laid off. The National Labor Relations Board found the layoff a violation of the National Labor Relations Act (NLRA) but the Supreme Court decided he was ineligible to receive back pay after his termination due to his lack of proper authority to work in the United States:. “Congress has expressly made it criminally punishable for an alien to obtain employment with false documents. There is no reason to think that Congress nonetheless intended to permit backpay…”

Like most unions, the American Federation of State, County, and Municipal Employees requires dues from its members. Illinois state law also required non-member, like Mark Janus, to pay an “agency fee”, essentially reimbursing the union for representing him even though he was not  a union member. Janus, who disagreed with many of the union’s positions,  argued that AFSCME should not be able to essentially  take dues from him through the mechanism of the agency fee, and use them to promote ideas he disagreed with. The Supreme Court sided with Janus, striking down the Illinois law that provided for agency fees and deciding that unions representing government workers can’t collect fees from non-members because it prejudiced their rights under the First Amendment

If you are considering a career in labor law, St. Francis School of Law is here to provide the skills you need to be successful. We offer an online JD program that combines flexibility of online school with a rigorous curriculum and expert instruction. Contact us today to learn more about our program and to apply!