800.931.2694
St. Francis Home >> Freedom for Haters, and Other Unconventional Ideas in American History

Freedom for Haters, and Other Unconventional Ideas in American History 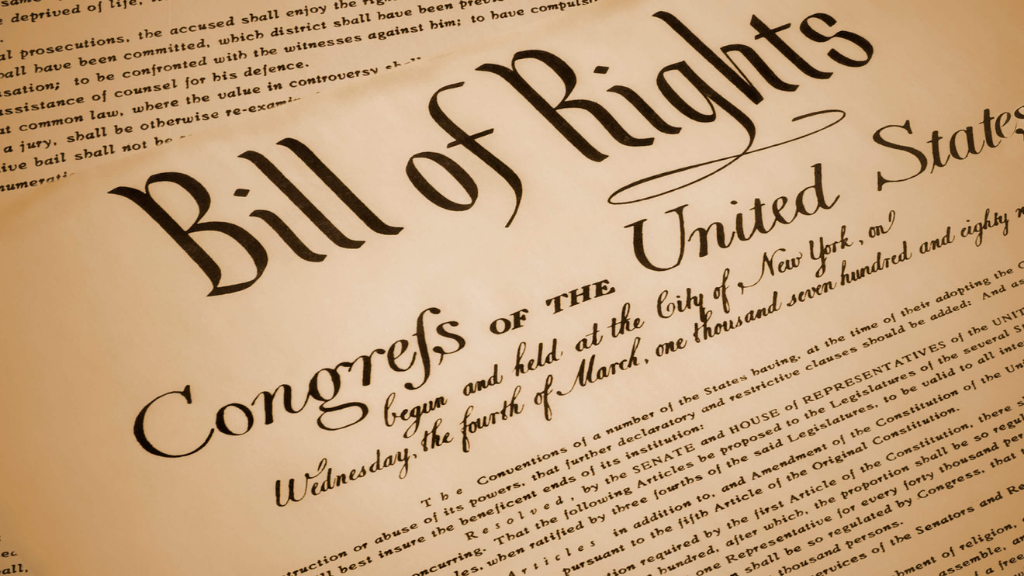 Now that we have the eye-catching, provocative title out of the way…

June 6, 1944 – 75 years ago, Allied troops fought their way ashore in France to begin the long process of ending the Second World War. The sacrifice and bravery of those troops – most still teenagers – reminds us of our better natures and the debt we owe veterans and active duty service women and men today.

It should also remind us of freedoms we hold dear, and the Rule of Law, that English innovation (think Magna Carta) that the American revolutionaries embraced, made the core of our Constitution, and have protected – mostly effectively – for almost 250 years. (You may not have noticed yet, but July 4, 2026 will be the 250th anniversary of the Declaration of Independence – start planning your celebration now.)

Inseparable from the American experiment is the Bill of Rights, the first ten approved amendments to the U.S. Constitution, adopted in 1789 by Congress to help along the process of Constitutional ratification among the states. The most famous of these is clearly the first: “Congress shall make no law respecting an establishment of religion, or prohibiting the free exercise thereof; or abridging the freedom of speech, or of the press, or the right of the people peaceably to assemble, and to petition the Government for a redress of grievances.”

It’s tempting to think only of the 1st Amendment when thinking about freedom of speech, freedom of religion, protection of the press, and the right Americans all share to express opinions, however provocative they may be, right up to the point of creating physical harm to someone. But the 1st Amendment does not stand alone. Freedom from intrusions by government is sprinkled throughout the Constitution and is directly the subject of two other amendments – so worried were the early colonists recently freed from English oppression (or so they would have said) that they wanted to cover this every way they could think of, and more than once:

Ninth Amendment
The enumeration in the Constitution of certain rights shall not be construed to deny or disparage others retained by the people.

Tenth Amendment
The powers not delegated to the United States by the Constitution, nor prohibited by it to the States, are reserved to the States respectively, or to the people.

Constitutional jurisprudence relegated the Ninth Amendment to virtual obscurity until the late 20th century, when cases involving the right to contraception and a parent’s right to control the upbringing of minor children brought some attention to them – in dicta. All the action on fundamental rights has focused on deriving them from substantive due process, not from the Ninth Amendment, which was characterized by Chief Justice Warren Burger as a “constitutional savings clause.” [1] Justice Scalia went so far as to say it had no affirmative affect at all. [2]

The Tenth Amendment has fared better. In cases ranging from voting rights to the regulation of betting on sports, the Supreme Court in recent years has reasserted limits on Federal, and even state, power. Hardly a Supreme Court term goes by without an important 10th Amendment case involving state v. federal power. Uncommon, though, are cases where individuals successfully challenge a law based on the Tenth Amendment’s reservation of power to, “the people.”

To return to the provocative title… The First Amendment and these other sources restrain government from preventing speech that is unpopular — even hateful – to a point, and for a purpose. That purpose is easily understood: 75 years ago, thousands gave their lives in the invasion of Europe to stop a dictator who came to vast power – as so many do – by violence, but also by controlling speech, the press, dissent, and religious freedom. The propaganda machine employed by the German government controlled by the Nazis had no historic precedent. Its power and pervasiveness proved that the ability to manipulate and control the understandings and emotions of a people — which is exactly what the First Amendment and its supporting Constitutional sources seek to restrain – is a power no people should give the government. The price for restraining government is freedom for speech many will disagree with, find offensive, and even immoral. But the danger is so great, it is a price we’ve decided to pay for nearly 250 years, and a freedom we sacrificed greatly 75 years ago this week to bring back to millions of Europeans.

Another unconventional idea is, of course, that the people control the government — not the other way around. If politicians sometimes forget this, we need to remind them – at the ballot box. If we sometimes forget, then shame on us – we deserve what we get. It is certainly something to remember as we reflect on this anniversary of the “beginning of the end” of a war that cost 65 million lives, started by a dictator and sustained by destroying the very freedoms enshrined in the First Amendment.

If you’d like to start planning your celebration of the 250th Anniversary of the Declaration of Independence – the “semiquincentennial” – a good place to begin is: http://www.usa250.org/.

If you’d like a quick video version of the importance of the Magna Carta – narrated by Monty Python’s Terry Jones, actually a scholar — see: https://www.bl.uk/magna-carta/articles/magna-carta-an-introduction.

[2] In dissent, in the landmark case on the rights of parents to direct the raising of their children, Justice Scalia argued that the Ninth Amendment’s “refusal to ‘deny or disparage’ other rights is far removed from affirming any one of them, and even further removed from authorizing judges to identify what they might be, and to enforce the judges’ list against laws duly enacted by the people.” Troxel v. Granville, 530 U.S. 57, 91 (2000)