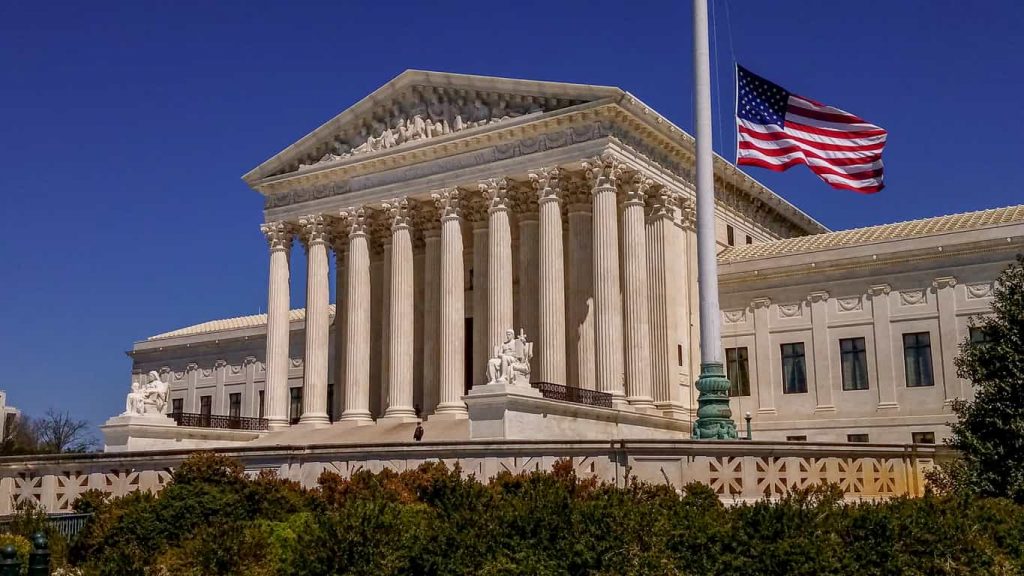 High profile cases rightly grab the headlines, but to understand the Court fully, it pays to study the arguments and votes in decisions on fundamental issues sometimes outside the limelight.

On Monday, October 15, 2018, St. Francis School of Law hosted a detailed look at some of the most important unsung cases to be decided in the new term. Alumni and current and prospective students joined me to act as the Court, as I presented the arguments in three cases, two already heard by the Court and one – a blockbuster antitrust case against Apple, Inc. – coming up. Here’s a summary look at the cases and arguments, and how the “Court” voted on some of the issues:

In Air and Liquid Systems Corporation v. Devries, widows of two US Navy sailors allege negligence and strict liability claims against defendant manufacturers, who produced “bare metal” components of US Navy ships before asbestos-containing insulation materials were applied. The issue confronting the Supreme Court is: Can products-liability defendants be held liable under maritime law for injuries caused by products that they did not make, sell, or distribute? (Circuits are split on whether to apply a bright line or fact-specific rule to decide liability.)

In Weyerhaeuser Company v. United States Fish and Wildlife Service, the Fish and Wildlife Service designated as critical habitat of the endangered dusky gopher frog a 1500-acre tract of private land that concededly contains no dusky gopher frogs and cannot provide habitat for them absent a radical change in land use, because it lacks features necessary for their survival. The Service concluded that this designation could cost $34 million in lost development value of the tract. But it found that this cost is not disproportionate to “biological” benefits of designation and so refused to exclude the tract from designation under 16 U.S.C. § 1533(b)(2). The issues the Supreme Court accepted for resolution were: 1. Whether the Endangered Species Act prohibits designation of private land as unoccupied critical habitat that is neither habitat nor essential to species conservation; and 2. Whether an agency decision not to exclude an area from critical habitat because of the economic impact of designation is subject to judicial review.

In Apple Inc. v. Pepper, “A putative class of iPhone users who purchased iPhone apps … claims that Apple illegally monopolized “the worldwide distribution market for iPhone applications.” [cite omitted] They complain that Apple requires all iOS apps to be approved and distributed by Apple alone, allowing Apple to charge excessive distribution commissions, which lead to higher app prices… for paid apps (many are free), Apple charges developers a 30% commission. However, the developer always independently sets its app prices. Apple does not set app prices for third-party developers.“ The Supreme Court accepted the case to decide whether consumers may sue for antitrust damages anyone who delivers goods to them, even where they seek damages based on prices set by third parties who would be the immediate victims of the alleged offense.

For each case, those in attendance considered some of the chief arguments presented by each side in oral arguments and/or briefs and voted, as if they were on the Court, on affirmation or reversal of the lower court and on some of the substantive issues presented by the cases.

Lively discussions of the polices behind each case illuminated the issues. For example, one of the questions presented to the “Court” in the Weyerhaeuser case was whether the Endangered Species Act (ESA) prohibits designation of private land as unoccupied critical habitat if it is neither habitat nor essential to species conservation. St. Francis Alumni Jim Wass and Frank Lombano took different sides of the issue, but ended on the conclusion that the Fish and Wildlife Service’s has authority but needs clearer factors to guide difficult determinations of critical habitat where the property at issue is not suitable for habitat in its current condition. Otherwise, if the property does not have to be suitable without major changes, said Dr. Lombano, the agency could “designate the desert” as critical habitat.

The Apple v. Pepper antitrust case generated some thoughtful comments on nature of the market being challenged and the balancing act an ecosystem vendor like Apple has when controlling apps for the protection of its users. Dr. Rahul Razdan commented: “Apple doesn’t have, to my knowledge, overwhelming market share in the smart phone market… So, if they are the supplier and then the app developers are the sub-suppliers behind Apple, then I don’t know how, from a marketplace point of view, you can make the argument that Apple is monopolistic, because you have a choice to buy anyone’s phone you want. You don’t have to buy from Apple.”

In the end, the “Court” voted to reverse the Third and Fifth Circuits, respectively, in Air and Liquid Systems Corporation v. Devries and Weyerhaeuser Company v. United States Fish and Wildlife Service, and to affirm the Ninth Circuit in Apple Inc. v. Pepper. They voted not to hold the “bare metal” manufacturers liable in Air and Liquid Systems Corporation v. Devries, but to allow the Fish and Wildlife Service to designate land as critical habitat even if it is presently unoccupied by the endangered species. They were evenly split on whether Apple, Inc. monopolized the Apple-based smartphone app market resulting in an overcharge to App Store customers. 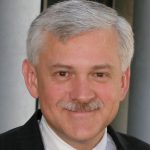