What Does the Uniform Bar Exam Mean For Bar Score Portability? 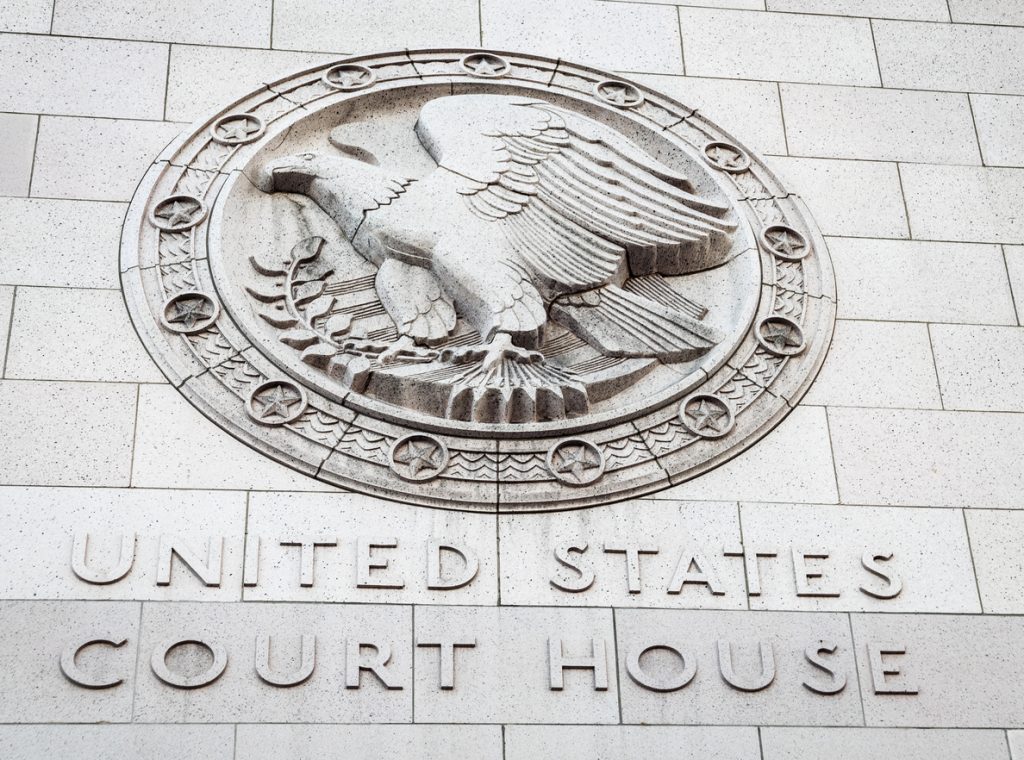 Decades of work by noted legal authorities have finally made some progress on a long-held dream: a national bar exam. Thirty-six jurisdictions have adopted the Uniform Bar Exam (UBE) as all or most of their bar exams as of this writing (February 2020), though some will transition as late as 2021.

UBE jurisdictions agree to administer and grade the exam uniformly, and to accept scores of UBE test-takers from other UBE jurisdictions. This allows a UBE taker to become licensed in another state, within certain time limits, without taking the bar exam again. This saves millions of dollars of direct and opportunity costs for those candidates every year, supports access to justice in all those jurisdictions by making licensure more affordable, and delivers a measure of consistency and quality in testing that is lacking in other jurisdictions without the UBE.

How Does the Exam Work?

The UBE works because it is a combination of familiar exams, already used by many states. UBE testers take the Multistate Bar Exam (MBE), the Multistate Essay Exam (MEE), and the Multistate Performance Test (MPT) over the course of two grueling days. The MBE is, of course, machine scored, and the UBE states agree to calibrate grading of the MEE and MPT to national standards. The maker of these tests and the proponent of the UBE, the National Conference of Bar Examiners (NCBE), provides extensive grader training for each exam, to help the state achieve this calibration. Common grading is the key to UBE score portability, because states need to be ready to rely on other states’ grading if they are going to accept the scores and admit the applicant without testing again. The UBE is arguably more reliably graded than any state-specific exam because of this extensive calibration and standard-setting.

Forty jurisdictions use the MBE/MEE/MPT combination in some fashion now, making it the most common way of testing professional competence in the nation, by far. While some of these states do not technically administer the UBE, they still use all three of these tests for parts of their exam. One of the odd reasons for that is score portability, which many, but not all, states want to accept. Generally, if a state uses those exams but has not adopted the UBE, it is likely because the state does not want to participate in the score portability or calibration components of the UBE.

Which States Use the Uniform Bar Exam? 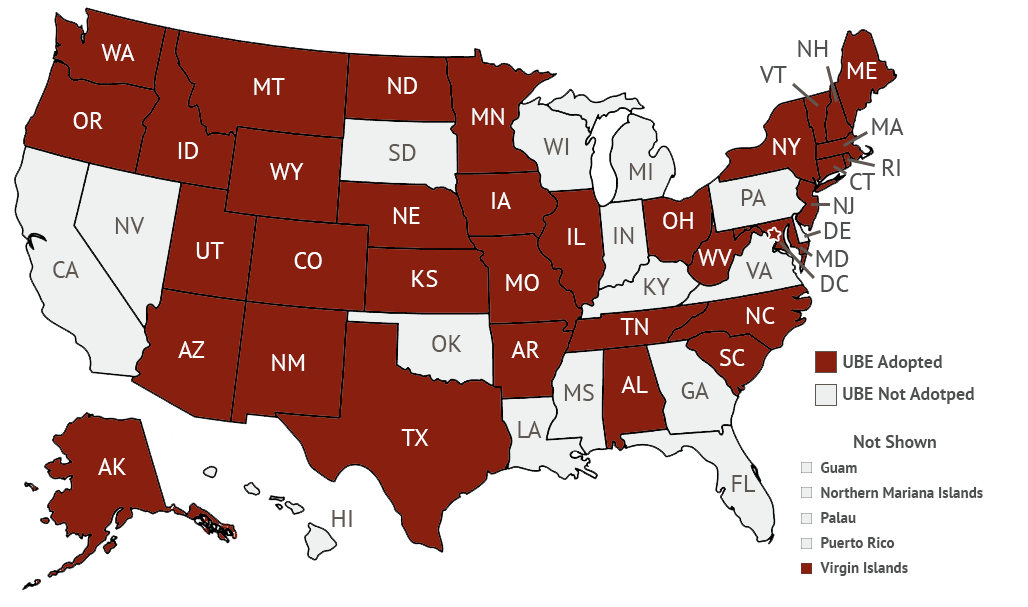 Though these jurisdictions have all adopted it, the UBE won’t be transitioned officially in Ohio until July 2020 and Texas until February 2021.

How Do I Transfer My Uniform Bar Exam Score?

Jurisdictions that accept score transfer will even accept scores from applicants who did not pass the exam in the testing jurisdiction. If the exam score meets the destination’s minimum score, even if the applicant did not pass elsewhere, the applicant can be admitted in the other state. The differences in minimum required scores can be substantial. Colorado requires a 276 score for passing the UBE, but Minnesota requires only 260. This provides another option for test takers who miss it “by a whisker” in their testing jurisdiction.

Score portability also makes the UBE states attractive to forward-thinking law grads. States like New York, Massachusetts, Maryland, and Colorado want to compete for the best lawyers nationally and make it easier for firms to open offices and serve national and multinational clients from their states. Score portability makes a state more globally attractive to industry, technology, and wealth. That was reportedly, one of the most important reasons Texas just announced it will join the UBE tidal wave; to stay competitive and get score portability.

Why Isn’t the Universal Bar Exam Accepted in California?

Bar exam score portability for Californians is still a distant dream. California runs its own, very similar bar exam and does not accept test scores from other jurisdictions. Along with California, Florida, Georgia, Michigan and Pennsylvania are the other big-state Uniform Bar Exam hold-outs. Most of these states still have a unified bar, where everyone is required to join and the bar largely or wholly controls admission to practice.

California did, recently, separate its regulatory and trade association functions. The new California Lawyers Association has no role in deciding what’s on the bar exam, how it is scored, or who gets admitted. That’s up to the Committee of Bar Examiners, the new State Bar regulatory agency, and the California Supreme Court.

Should California join the UBE movement? Opinions differ, of course. It is already home to many of the tech and industrial firms that drive the new economy, so competitiveness may not be a concern. California has also always maintained a sense of its “exceptionalism” about the bar exam, as the inventor of Performance Testing and the three-day bar exam, among other things.

But barriers to entry to the legal profession have costs. California firms are starting to feel the pinch of not always attracting the best and brightest graduates from the best law schools, especially impacting graduate diversity. Because many smart graduates are unwilling to risk failing an exam that flunks more exam takers than any other state — now the majority fail, exam after exam, in California. Recently 170 corporate counsels threatened to withhold their business from law firms that cannot demonstrate diversity among their attorneys. And, recently-released data shows the California bar exam’s high passing standard (often referred to as the “cut score”) disproportionately impacts applicants of color, either excluding them from practice altogether in California or causing them to repeat the exam one or more times. If California changes, it will only be because law firms and applicants succeed in raising the issue to ultimate decision-maker on the cut score — the California Supreme Court.

California has one of the highest performing applicant pools in the country, as evidenced by the scores achieved by California takers of the standardized, machine-graded MBE. A move to the UBE, with essay and performance test grading calibrated with other states, would control for present scoring variation and reveal just how exceptional — or unexceptional; the data would tell us — is the California test taker population. Score portability might just be part of the solution to California’s massive justice gap, too, by admitting competent lawyers tested by the uniform exam, within national standards

A very useful NCBE presentation on the Uniform Bar Exam containing, among other things, required minimum UBE scores for all UBE jurisdictions, the maximum age of score each jurisdiction will accept, and a map of those jurisdictions which also have a local law component or requirement, can be found at: http://www.ncbex.org/pdfviewer/?file=%2Fdmsdocument%2F209