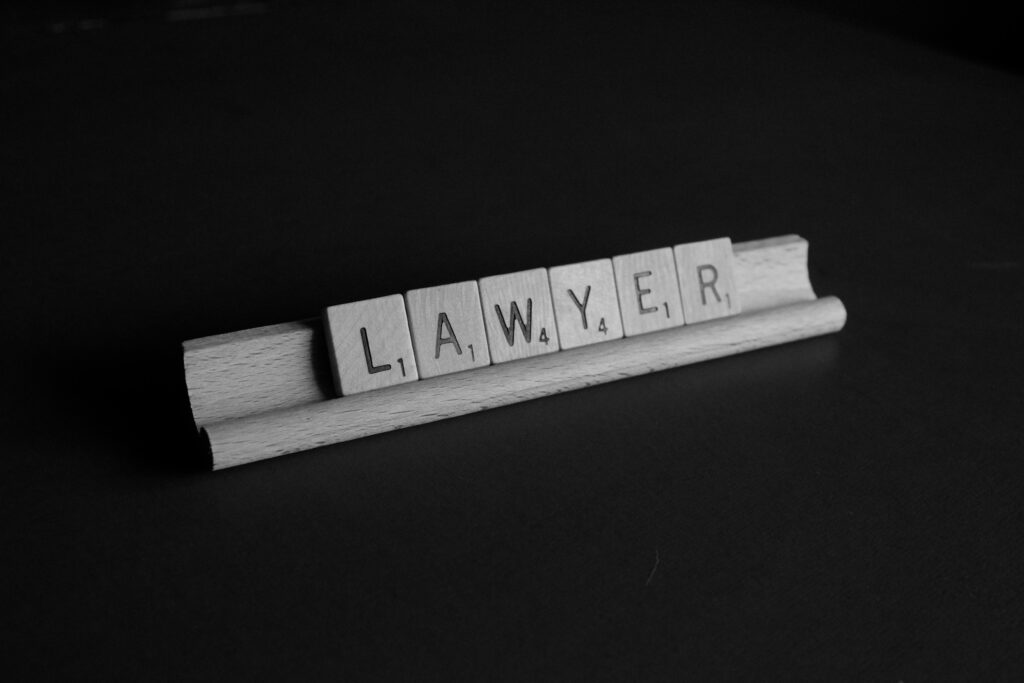 You’ve seen all kinds of fictional lawyers. You’ve read about them in novels by John Grisham, seen them in plays by Aaron Sorkin, watched them on popular TV dramas like Law & Order, or even played one yourself in video games like Ace Attorney. Each has their own style of dress, speech, and courtroom flare. Some are ethical, some aren’t. Some are heroes, some are supervillains.

But what makes a fictional lawyer stand out from the crowd? Believe it or not, it’s almost always related to how they practice law.

What Makes a Good Lawyer?

There is no one-size-fits-all model of lawyering. The skill set is as wide and as varied as the cases, clients, and laws we interact with every day. But every effective lawyer has these four tools well-sharpened and ready to pull from their toolbox at a moment’s notice – whether we’re writing briefs, negotiating contracts, teaching classes, or standing before a judge.

Lawyers have to listen first. Gathering information requires keen ears and eyes. After information is gathered, you must follow up with speaking and writing that is both compelling and precise. This is the only way to engage the other parties in conversation.

A personal passion for the law and its practice must be cultivated by every lawyer long before they step into practice. Drive, as its name suggests, will keep you moving when the days are long and strenuous, whether you’re a law student or a practicing attorney. Life as a lawyer can be tough; you must remember why your presence is needed in the field. Additionally, having outlets beyond work and staying physically healthy can reduce stress and allow you to focus and put in the hard hours.

There is a reason that most judges were trained as lawyers first. Both roles require expert judgment. Pertinent information is going to be limited at times, so you must be comfortable working with lots of unknowns. You must be inquisitive, conducting research and risk analyses in a timely fashion. The most successful lawyers tend to be those that are naturally inquisitive.

First, check your ego at the door. The practice of law requires constant collaboration and negotiation. You can’t make it about you. Every perspective needs close consideration, whether looking into past cases or speaking with current stakeholders.

If you care for the thoughts and experiences of those around you, you can anticipate what they are thinking and feeling and be proactive rather than reactive. This makes you a better active listener, creative thinker, and negotiator.

Life as a Lawyer on TV vs. Real Life

Oh, the things that lawyer TV shows will do. Of course, creating a dramatic scene—or getting a laugh—is going to require some rule-bending. But no show or movie is a perfect example of how to be a lawyer.

First, cases aren’t lost and won in under an hour. And you don’t have to stop every 15 minutes to sell a car.

Second, lawyers on TV and in movies are often surprised—horrified, even—by shocking facts coming from their own witnesses’ mouths. But you’d never leave anything as critical as witness testimony to chance. There’s an old adage for questioning a witness: never ask a question you don’t already know the answer to. Witnesses rarely derail questioning by going on frantic rants. It’s customary to ask the judge’s permission to approach a witness–not wander around the courtroom as if giving a Shakespearean soliloquy.

Third, objections are not shouted every few moments, with no explanation as to their purpose.

Fourth, evidence never comes in at the very last second, nor does a new witness magically materialize at the zero hour to march in and save the day. Attorneys in TV and movies will sometimes argue that evidence is “merely circumstantial,” and therefore has no merit whatsoever. Of course, circumstantial evidence is not only frequently relevant, it is sometimes the entire foundation of a case.

Trust us, none of this is what to expect when you go into law.

Whether it’s their mastery of the law, personal dramas, or bizarre antics, these are some film and TV lawyers that we just can’t forget.

1. Atticus Finch, To Kill a Mockingbird

Ever since he appeared in Harper Lee’s 1960 novel, Atticus Finch has been idolized as the perfect Southern Lawyer and single father. He’s one of the few people in town that shows any sympathy for a wrongfully accused Black man, Tom Robinson, whom he defends in court. Finch’s harsh cross-examination of the fragile, abused Mayella Ewell, however, proves that even fiction’s greatest lawyer can take things too far and forget to be empathetic.

Solving murder cases in 82 novels, 30 television movies, and 3 television series over the past 90 years, criminal defense attorney Perry Mason has an unparalleled winning streak. Lawyers don’t actually “solve” cases, of course, but Mason was a brilliant detective as well as lawyer–known for taking matters into his own hands. He simply finds the “real” murderer himself. He proves that protecting the innocent makes for a more satisfying ending than putting the guilty behind bars.

How does one become a “living landmark”? According to the New York Landmarks Conservancy, just spend 16 years playing Assistant District Attorney Jack McCoy. You can turn on your TV at nearly any hour of the day or night and you’ll see silver-haired Sam Waterston being quite stern. Let’s be clear: McCoy is not a good lawyer. He withholds evidence, harasses witnesses, and disobeys court orders. But it’s watching a passionate man teetering on the brink of total destruction that makes him so compelling to watch.

You Think I Would Cheat to Win? – Law & Order

“I want the truth!” shouts Lt. Kafee and, in one of theatre and film’s greatest clapbacks, “you can’t handle the truth!” comes blasting back at him from Col. Jessup. The handsome young Kafee isn’t your ideal attorney–easily swayed, impulsive, and woefully unprepared–but his unpredictable dramatics and operatic outbursts make him captivating, especially when he’s taking on some of the nation’s most powerful bullies.

She’s blonde, bubbly, wears pink, and carries a chihuahua. Harvard’s own Elle Woods is unconventional, yes, but she’s also a terrific law student. Though the 2001 novel and movie give her too many legal responsibilities, Elle’s perseverance, loyalty, forgiving nature, quick thinking, and willingness to break up with a jerk make her an icon and a joy to cheer for.

The 1992 film’s accurate courtroom procedures provide a clean background for Vinny Gambini to stir things up. With no trial experience, we’re watching the Brooklyn personal injury lawyer learn and execute splendid trial tactics in real time. His aggressive shenanigans wouldn’t be permitted for long in a real courtroom, but his sound reasoning and attention to detail are truly impressive, proving that a rookie, no matter how rowdy, can still make an impressive showing.

A supporting character so memorable they gave him his own show. Originating on Breaking Bad, the affable, cynical, and obscenely greedy Goodman gives all lawyers a bad name. He’s a scoundrel, a late-night TV huckster, an intimidator, a master extortionist, a thief, and even a murderer. Loyal to a fault, he may fight for what he thinks is right but, unfortunately, he’s usually wrong. He’s the slimy protagonist we love to hate.

Saul Gets The Better Of Jesse’s Parents | I.F.T. | Breaking Bad

8. Annalise Keating, How to Get Away with Murder

Keating has everything you’d want in a criminal law professor: passion, intelligence, creativity, and charisma. She’s tough as nails, but you’ll leave her class knowing your stuff. It’s the balance of public confidence and private insecurity that makes her surprisingly relatable. But it’s ultimately her imperfect unpredictability that kept us on her side for six seasons.

Both the Marvel and DC universes have their share of attorneys, Daredevil being another favorite. But Harvey Dent, AKA Two-Face, takes the cake as one of Batman’s most enduring and terrifying enemies. For eighty years we’ve seen his story on an endless loop: the popular, publicly-elected District Attorney for Gotham City becomes disfigured when a mob boss throws acid on him during a trial (or via some other means, depending on the version you’re watching). His criminology background makes him the ideal criminal mastermind and it’s his tragic fall from grace (plus his gnarly face) that makes him stand out.

We just love scoundrels, I guess. Originating in the 1926 play Chicago, Flynn got the razzle dazzle Broadway treatment in Bob Fosse’s 1975 satirical send-up of celebrity criminals. Based on two real Chicago lawyers, William Scott Stewart and W. W. O’Brien, Flynn is a famously effective defense attorney, with a 0 loss record for representing any woman that has murdered her lover. He conjures self-defense and insanity pleas like a magician, doing his duty of defending his clients. But when he becomes a witness manipulator and tabloid ringleader, turning each trial into a media circus, he proves the malleability of every citizen, journalist, jury member, and judge in Chicago. And he can tap dance, too.

Law school looks a little different at St. Francis School of Law. Our online JD program provides a rigorous academic environment and high-quality program with the flexibility and convenience you need to join the next generation of stellar legal professionals. Click here to learn about St. Francis’s programs and enrollment requirements.

What area of law is right for you? Criminal law? Sports and entertainment law? Intellectual property? Read more at our blog.